Typically, we look at aging chronologically, which simply means how many times our bodies have ventured around the sun since we were brought into this world.

So as we redefine aging, let’s begin with our perception of how old we feel. A research study published in 2018 looked at MRI brain imaging and asked 68 healthy people to choose from three options:

3.) Do you feel younger than your age?

Interestingly, those that subjectively felt younger actually had greater densities of gray matter, and gray matter is where all our brain processing occurs. They also had younger estimated brain ages. The researchers couldn’t tell whether it was the chicken or the egg—in other words, whether participants felt younger than their age because they had a “younger brain”, or whether they had a younger brain because they felt younger.

I suspect it’s a combination of the two.

As Mark Twain said, “Age is an issue of mind over matter, if you don’t mind, it doesn’t matter.”

Reducing our Biological Age
A recent study published in 2021 looked at 43 males between the ages of 50 and 72, who were without a history of chronic disease. They underwent an eight-week intervention in which they were taught to improve their exercise regimen, nutrition intake, sleep habits, and stress levels. The aim of the study was to see if these interventions would affect their biological age after the eight weeks.

The exercise intervention included a minimum of thirty minutes per day for five days each week. Participants exercised at an intensity of sixty to eighty percent of the their perceived maximum exertion, meaning, what they felt was their maximum exertion.

The diet intervention was based primarily on plant-based nutrition, which is high in antioxidants and beneficial plant compounds, with an emphasis on higher-quality sourcing of food. The suggested diet was limited in animal proteins, and the animal proteins they did suggest consuming were nutrient-dense ones. They also incorporated a mild intermittent fast, in which participants stopped eating at 7 PM and then didn’t eat again until 7 AM the next morning.

For sleep, the average was a minimum of seven hours per night. For stress management, they performed breathing exercises twice a day.

The burning question is: how did these behavior changes affect their biological age?

Results of the 8-Week Intervention
After eight weeks, the exercise, diet, and lifestyle intervention was associated with more than a three-year decrease in biological age, when compared to the control group (which had no interventions). The intervention group scored an average of nearly two years younger than when they began. The control group, on the other hand, scored an average of nearly one and a half years older. Researchers also measured blood markers and found a twenty-five percent reduction in average triglyceride levels in the group that did the exercise, nutrition changes, sleep, and stress management. These are astonishing results after only eight weeks!

Lessons from the “Blue Zone”
The last thing I wanted to share with you on this topic was what we have learned from “blue zones,” which is a term used to describe populations around the world that live the longest.

In these longevity “hot spots”, researchers found some things they share in common, which likely lead to the reason they live such long lives. People in the blue zones typically move on a daily basis, usually in nature. (The only thing I would add to this is that to optimize one’s health, it’s best to incorporate movement against some form of resistance.)

The other commonality was the study subjects ate mostly eat natural, whole foods while utilizing the principles of intuitive eating, meaning that they listened to their body’s hunger and fullness signals.  You can find more about intuitive eating in the Anticancer Lifestyle Program ebook , titled Food and You: Gaining Control Over Out of Control Eating.

Those in the blue zones also spent more quality time with the people they loved, who added value and fulfillment to their existence.

Finally, it’s been shown that living your life with a defined purpose—giving your body and mind a reason to live, and creating a sense of meaning—not only improves quality of life, but enhances health and longevity as well. 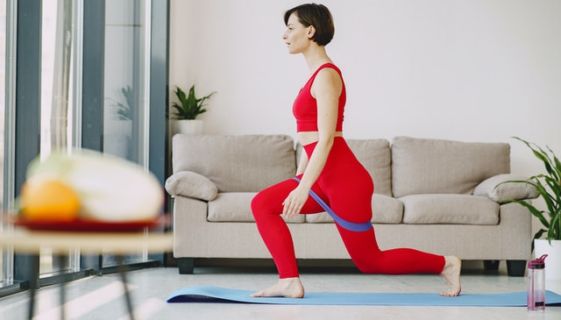 The following exercises are a great way to include mindful movement breaks while in a seated position to help restore your posture and get the blood flowing. The Anticancer Lifestyle Fitness Pyramid is a useful visual representation of the types and amount of physical activity needed to improve your fitness level. “A season of loneliness and isolation is when the caterpillar gets its wings. Remember that next time you feel alone.